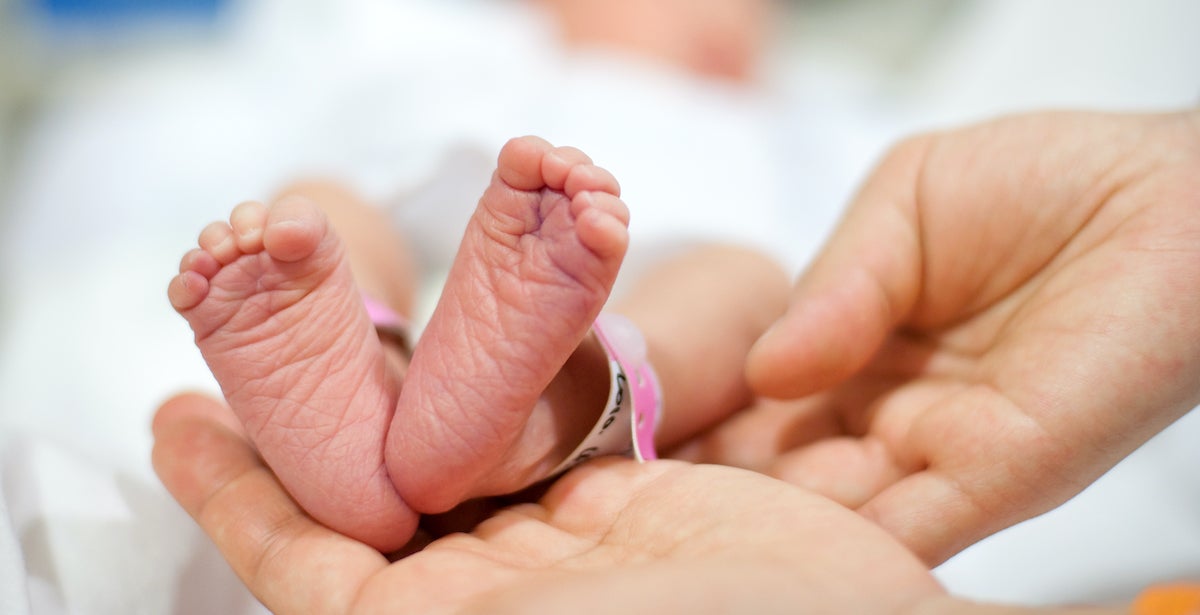 Careers in Nursing: What Is a Neonatal Nurse?

Neonatal nurses work in a specific subsection of nursing that treats newborns who have complex health issues. Although the neonatal period is technically just the first month of life, premature newborns may require additional care for months. Some neonatal nurses may even care for newborns whose birth complications last up to two years of age.

For the majority of cases, neonatal nurses care for babies from birth until the time they are cleared to leave the hospital, which is usually a matter of days or weeks. Many times a premature neonate requires acute medical care until they reach their original due date. For example if an infant is born at 28 weeks gestation, they often spend 10-12 weeks in the hospital at which time they would have been 38-40 weeks gestation (i.e. full term). This makes neonatal nursing one of the most vital aspects of any healthcare system.

In addition to caring for newborn infants, a neonatal nurse helps new mothers rest easy knowing that their children are safe and secure. Because of the responsibilities of the job, neonatal nurses are highly trained individuals with a high-demand, well-paid career outlook.

For those who want to provide superior care to newborns, this career path may be the right choice for you. If you’re interested in becoming a neonatal nurse, this guide will cover everything you need to know about the road ahead.

What Does a Neonatal Nurse Do?

Although neonatal nurses may provide basic newborn care, they often provide acute care for babies born with any number of different complications. These may include:

One of the most common issues neonatal nurses help care for is low birth weight, as approximately 40,000 low-birth-weight infants are born in the United States each year. Advancements in medicine, technology, and the field of neonatal nursing have led survival rates to become ten times higher over the past 15 years.

As such, neonatal nurses are an extremely valuable part of the healthcare community.

Where Do Neonatal Nurses Work?

Unlike other kinds of nurses with more of a range in their possible job locations, neonatal nurses usually work in a hospital setting because the vast majority of births take place there. Neonatal nurses often provide basic newborn care within labor, delivery, and recovery rooms. However, they also provide acute care for babies who have serious conditions within a hospital’s neonatal intensive care unit (NICU).

When working within the NICU, neonatal nurses are responsible for monitoring fluctuations in the health of babies experiencing complicated medical states. This NICU nurse job requires steady focus and observation—some infants may not even be able to cry as a means of communicating their distress. A NICU nurse has to look for subtle signs of changes in health status. A few of the important assessment observations that neonatal nurses routinely make in the NICU are:

Daily Routine of a Neonatal Nurse

Births take place 365 days a year, around the clock. Because of this fact, neonatal nurse shifts cover all hours of the day. It’s typical for neonatal nurses to work 8-hour, 10-hour, and even 12-hour shifts. Neonatal care is provided on weekends and holidays. Depending on the facility you work in, you may receive higher pay as a neonatal nurse if you choose to take on night, weekend, or holiday shifts.

A neonatal nurse may split their time between the nursery and the NICU, or they may specialize in one setting. It’s common for neonatal nurses to be responsible for multiple infants at a time—although the number of patients varies based on the complexity of care that is required.

Currently, the minimum education requirement for becoming a neonatal nurse is a two-year Associate Degree in Nursing (ADN). However, a four-year Bachelor of Science in Nursing (BSN) degree is becoming more commonly required.

In addition to earning a degree, every future neonatal nurse must also become a registered nurse (RN). To do this, you must pass the NCLEX-RN—a national nursing exam that uses computer adaptive testing methods. Once you’ve passed, you can submit an application for a nursing license in your state and begin practicing in the field.

What is a Neonatal Nurse Certification?

On top of their education and clinical experience, neonatal nurses typically achieve several certifications to ensure they are adequately trained for their role. Although certifications aren’t always strictly necessary in order to work in an NICU, they can go a long way in making you a top candidate for the job. Plus, these extra certifications can help down the line with career advancement and consideration for high-level positions.

Some of the most common neonatal nurse certifications are:

The United States Bureau of Labor Statistics doesn’t have specific data on neonatal nursing salaries. Instead, it tracks the earnings of RNs as a whole. In 2019, the median annual income for RNs was $73,300. Most RNs who work for a hospital or medical facility receive benefits packages in addition to their salaries.

However, you can expect to earn more than average by seeking more specialization and a higher degree of certification as a neonatal nurse. Those who work in the NICU may receive even higher salaries. In fact, data from ZipRecruiter shows that the national average salary for RNs who work in the NICU is nearly $102,000 per year.

In general, RN salaries are dependent on a number of different factors, such as:

The neonatal nursing career is expected to grow across the country, in urban, suburban, and rural areas. Populations are growing, babies are continuing to be born, and roughly 10% of those babies will need special care.

Also, The Atlantic reported that one million RNs working today (which is about 33% of the entire nursing workforce) are over the age of 50. This means that there will be many vacancies in the field within the next ten years as that generation begins to retire.

With education and experience, those who enter the field of neonatal nursing can go on to fill many different roles. A few examples include:

With a graduate level education and additional certification, pediatric nurses may also go on to fill the following advanced nursing positions:

Personality Traits and Skills of a Successful Neonatal Nurse

In addition to all of the specialized training, there are a few key characteristics that help neonatal nurses succeed in their careers:

If you think you’re a good fit for a career as a neonatal nurse, you can begin your new path today. You might be asking yourself: What if I already have a degree and a job? How can I go back to school for four more years?

With a top-tier and fully-accredited online program, you don’t have to spend four years earning a nursing degree in person. Instead, you can earn an accelerated Bachelor of Science in Nursing (ABSN) degree online, for less money, and without having to move or leave your job. The only in-person commitment involved in a distance ABSN program would be the required clinical hours. Many schools even provide clinical placement services to help students find local facilities to complete these hours at.

ABSN degrees work just the same as a regular BSN degree—once you’ve finished your education, passed the NCLEX-RN, and obtained a valid nursing license, you’ll be eligible to become a registered nurse and specialize in any number of fields like neonatal nursing, geriatrics, home health care, infection control, hospice, clinical development, and more.

If you’re ready to make a change, get started today by finding your online ABSN program.

National Association of Neonatal Nurses. Is a Career in Neonatal Nursing Right for You? http://nann.org/about/what-is-neonatal-nursing

AllNursingSchools. How to Become a Neonatal Nurse Specialist or Practitioner. https://www.allnursingschools.com/specialties/neonatal-nursing/